A servo drive is an important part of modern motion control and is widely used in automation equipment such as industrial robots and CNC machining centers. In particular, servo drives used to control AC permanent magnet synchronous motors have become a research hotspot. 3 closed-loop control algorithms-current, speed, and position that based on vector control are commonly used in the design of AC servo drives. Whether the speed closed-loop design in this algorithm is reasonable or not plays a key role in the overall servo control system, especially the speed control performance. 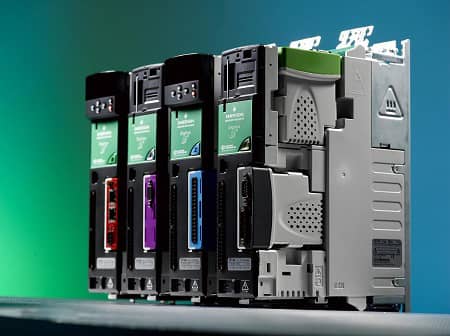 At present, mainstream servo drives all use a digital signal processor (DSP) as the control core, which can realize more complex control algorithms. Power devices generally use a drive circuit designed with an intelligent power module (IPM) as the core. The drive circuit is integrated into the IPM. It has fault detection and protection circuits such as overvoltage, overcurrent, overheating, and undervoltage in the start-up circuit to reduce the impact on the drive during the start-up process. The power drive unit first rectifies the input three-phase power or mains power through the three-phase full-bridge rectifier circuit to obtain the corresponding direct current. After the rectified three-phase power or city power, the three-phase sinusoidal PWM voltage inverter is used to drive the three-phase permanent magnet synchronous AC servo motor. The entire process of the power drive unit can be simply said to be an AC-DC-AC process. The main topology circuit of the rectifier unit (AC-DC) is a three-phase full-bridge uncontrolled rectifier circuit. 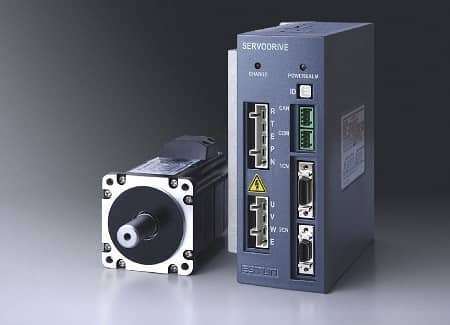 Servo drives are an important part of modern motion control and are widely used in automation equipment such as industrial robots and CNC machining centers. In particular, servo drives used to control AC permanent magnet synchronous motors have become a research hotspot at home and abroad.

In order to ensure productivity and processing quality, in addition to higher positioning accuracy, good fast response characteristics are also required. The response of the tracking command signal is required to be fast because the CNC system requires addition and subtraction when starting and braking. The acceleration is large enough to shorten the transition process time of the feed system and reduce the contour transition error.

Generally speaking, the servo drive has an overload capacity of more than 1.5 times in a few minutes or even half an hour and can be overloaded by 4 to 6 times in a short period of time without damage.

The feed drive system of CNC machine tools are required to have high reliability, good working stability, strong environmental adaptability such as temperature, humidity, and vibration, and strong anti-interference ability. 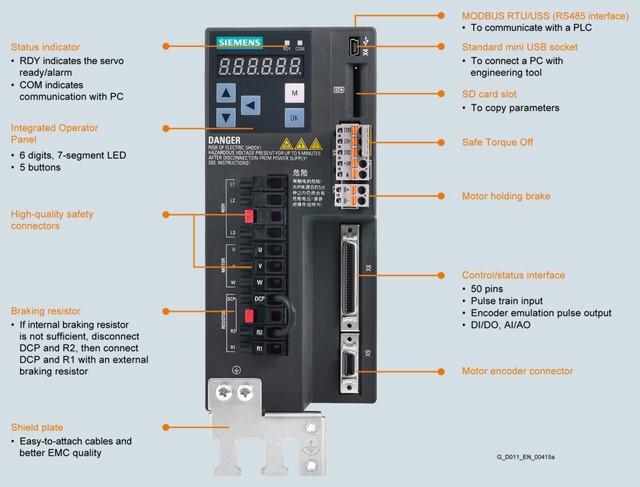 Requirements for the motor

1. The motor can run smoothly from the lowest speed to the highest speed, and the torque fluctuation should be small. Especially at low speeds such as 0.1r/min or lower, there is still a steady speed without creeping.

2. The motor should have a large and long-time overload capacity to meet the requirements of low-speed and large torque. Generally, the DC servo motor is required to be overloaded by 4 to 6 times within a few minutes without being damaged.

3. In order to meet the requirements of fast response, the motor should have a small moment of inertia and a large locked-rotor torque, and have the smallest possible time constant and starting voltage.

4. The motor should be able to withstand frequent starting, braking, and reverse rotation.

1. Set the proportional gain of the position loop regulator.

2. The larger the setting value, the higher the gain and the greater the stiffness. Under the same frequency command pulse condition, the position lag will be smaller.

3. The parameter value is determined by the specific servo system model and load condition.

1. Set the feedforward gain of the position loop;

2. The larger the setting value, the smaller the position lag under any frequency command pulse;

3. The feedforward gain of the position loop is large, and the high-speed response characteristic of the control system is improved, but it will make the position of the system unstable and prone to oscillation;

4. When high response characteristics are not required, this parameter is usually set to 0 to indicate the range: 0~100%.

1. Set the proportional gain of the speed regulator;

3. Under the condition that the system does not oscillate, try to set a larger value.

1. Set the integral time constant of the speed regulator;

2. The smaller the setting value, the faster the integration speed. The parameter values are determined according to the specific servo drive system model and load conditions. In general, the greater the load inertia, the greater the set value;

3. Under the condition that the system does not oscillate, try to set a smaller value.

1. Set the characteristics of the speed feedback low-pass filter;

2. The larger the value, the lower the cut-off frequency and the smaller the noise generated by the motor. If the load inertia is large, the set value can be appropriately reduced. If the value is too large, the response will slow down, which may cause oscillation;

3. The smaller the value, the higher the cut-off frequency and the faster the speed feedback response. If you need a higher speed response, you can appropriately reduce the set value.

1. Set the internal torque limit value of the servo motor;

2. The setting value is the percentage of the rated torque;

3. At any time, this restriction will effectively locate the completion range;

10. In non-position control mode, if the motor speed exceeds this set value, the speed arrival switch signal will be ON, otherwise, it will be OFF;

11. In position control mode, this parameter is not used;

12. It has nothing to do with the direction of rotation.