Each USB has only one host, which includes the following layers:

The USB driver (USBD) is on top of the UHCD drive. It provides a driver-level interface to meet the requirements of existing device driver designs. USBD provides a data transmission structure in the form of I/O request packets (IRPs), which consists of the need to transmit data through specific pipes (Pipe). In addition, USBD makes the client an abstraction of the device to facilitate abstraction and management. As part of the abstraction, USBD has a default pipeline. It can access all USB devices for standard USB control. The default pipeline describes a logical channel for communication between USBD and USB devices.

USB uses a four-wire cable, two of which are serial channels used to transmit data, and the other two provide power for downstream devices. For any peripherals that have been successfully connected and recognized, both devices can support the highest rate of data transmission. USB is a token-based bus. Similar to a token ring network or FDDI token-based bus. The USB host controller broadcasts the token, and the device on the bus detects whether the address in the token matches itself, and responds by receiving or sending data to the host. USB manages USB bus power by supporting suspend/resume operations. The USB system uses a cascaded star topology, which is composed of three basic parts: Host, Hub, and functional devices. 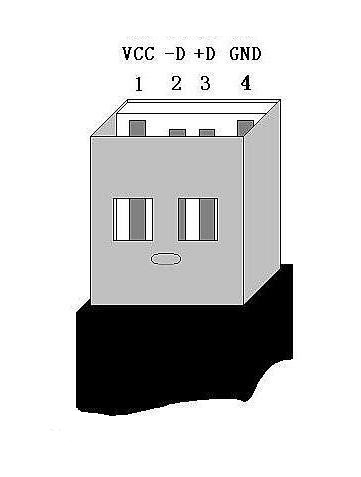 The host, also known as the root, is built on the motherboard or installed on the computer as an adapter card. The host contains a main controller and a root hub, which controls the data and data on the USB bus. To control the flow of information, each USB system can only have one root hub, which is connected to the main controller, and a computer may have multiple root hubs.

The hub is a specific component of the USB structure. It provides a point called a port to connect the device to the USB bus, and at the same time detects the devices connected to the bus, and provides power management for these devices, and is responsible for bus failure detection and recovery. The hub can provide energy for the bus and also for itself (getting power from the outside). The functional device is connected to the bus through the port. USB can be used as Hub at the same time.

USB 1.0 appeared in 1996, and the speed was only 1.5Mb/s (bits per second). In 1998, it was upgraded to USB 1.1, and the speed was greatly increased to 12Mb/s. This standard can be seen on some old devices. USB1.1 is a more common USB specification. The transmission rate of the high-speed mode is 12Mbps, and the transmission rate of the low-speed mode is 1.5Mbps. Most MP3s are of this type of interface.

The USB2.0 specification is evolved from the USB1.1 specification. Its transmission rate has reached 480Mbps, which is converted into MB to 60MB/s, which is sufficient to meet the rate requirements of most peripherals. The "Enhanced Host Controller Interface" (EHCI) in USB 2.0 defines an architecture compatible with USB 1.1. It can drive USB 1.1 devices with USB 2.0 drivers. In other words, all devices that support USB 1.1 can be used directly on the USB 2.0 interface without worrying about compatibility issues, and accessories such as USB cables, plugs, etc. can also be used directly.

The change brought by the use of USB for printer applications is a substantial increase in speed. The USB interface provides a connection speed of 12Mbps, which is more than 10 times faster than the parallel port speed. With this speed, the printing file transfer time is greatly reduced. The USB 2.0 standard further increases the interface speed to 480Mbps, which is 20 times the speed of ordinary USB, and greatly reduces the transmission time of print files.

The USB 3.0 Promoter Group, composed of industry giants such as Intel, Microsoft, Hewlett-Packard, Texas Instruments, NEC, ST-NXP, etc., announced that the new generation of USB 3.0 standards that the organization is responsible for has been formally completed and publicly released. The theoretical speed of USB 3.0 is 5.0Gb/s. In fact, it can only reach 50% of the theoretical value, which is also close to 10 times that of USB 2.0. The physical layer of USB3.0 uses 8b/10b encoding, so the theoretical speed calculated is only 4Gb/s, and the actual speed has to be deducted from the protocol overhead, which is less on the basis of 4Gb/s. It can be widely used in PC peripherals and consumer electronic products.

USB 3.0 will be called "USB SuperSpeed" in actual device applications, conforming to the previous USB 1.1 FullSpeed and USB 2.0 HighSpeed.

USB 3.1 Gen2 is the latest USB specification, which was initiated by companies such as Intel. The data transmission speed can be increased to 10Gbps. Compared with USB 3.0 (ie USB 3.1 Gen1) technology, the new USB technology uses a more efficient data encoding system and provides more than twice the effective data throughput rate. It is fully backward compatible with existing USB connectors and cables. 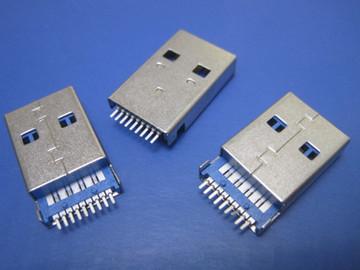 With the popularity of various digital devices, especially MP3 and digital cameras, USB devices around us have gradually increased. However, although these devices all use USB interfaces, the data lines of these devices are not exactly the same. These data lines are the same at the end connected to the PC, but when connecting to the device end, different interfaces are usually used for volume considerations. The following briefly introduces the various applications of the Mini-type sub interface.

This kind of interface is common in digital products of the following brands: Olympus's C series and E series, most of Kodak's digital cameras, Samsung's MP3 products (such as Yepp), SONY's DSC series, and Compaq's IPAQ series products.

There is another form of Mini B type 4Pin, which is Mini B type 4Pin Flat. As the name suggests, this interface is flatter than Mini B 4Pin, and it is widely used in equipment.

Mini B type 8Pin Round 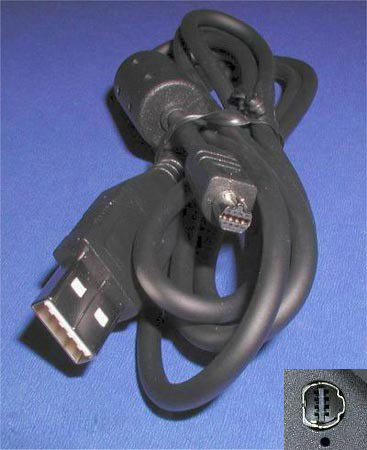 Mini B 8Pin Round data cable

Compared with the previous ordinary type, the original D-type connector is changed to a round connector, and a bump is designed on one side to prevent accidental insertion.

This kind of connector can be found in some Nikon digital cameras, the CoolPix series are more common. Although Nikon has always insisted on using this interface, some of the newer models, such as D100 and CP2000, also use the most popular Mini B-type 5Pin interface. 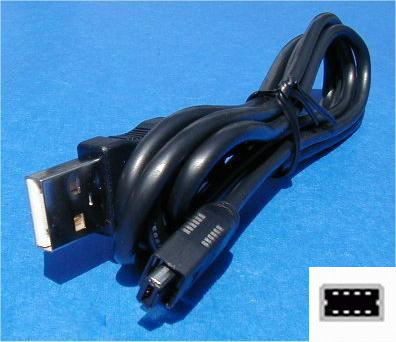 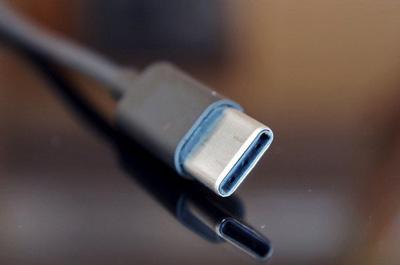 Type-C is a brand new form of USB interface, which was born with the latest USB 3.1 standard. Released by the USB-IF organization in August 2014, it is a brand-new interface developed by the USB Standardization Organization to solve the long-term inconsistent physical interface specifications of the USB interface. The biggest feature of the Type-C interface is that it supports insertion in both positive and negative directions, which formally solves the worldwide problem of "USB is never plugged in correctly".

The TYPE-C hardware interface has obvious characteristics, mainly as follows: