The video chipset is the main processing unit of the graphics card, so it is also called the Graphics Processing Unit (GPU). The GPU is the first concept proposed by NVIDIA when it released the GeForce 256 graphics processing chip. Especially when dealing with 3D graphics, the GPU enables the graphics card to reduce the dependence on the CPU and complete part of the work originally belonging to the CPU. The core technologies used by the GPU include hardware T&L (geometric conversion and lighting processing), cubic environment texture mapping and vertex blending, texture compression and bump mapping, dual texture four-pixel 256-bit rendering engine, etc... 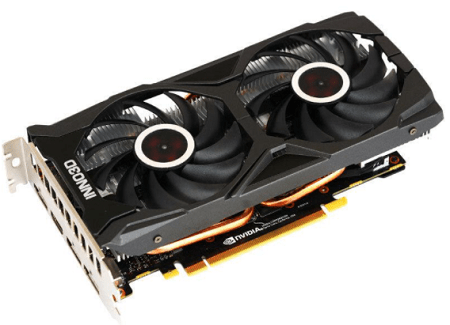 The Core Graphics is the new generation graphics processing core of Intel products. Unlike previous graphics cards, Intel relies on its advanced processor manufacturing process and new architecture design to integrate the graphics core and the processing core on the same substrate. The design integration of the intelligent processor architecture greatly reduces the data turnaround time between the processing core, graphics core, memory, and memory controller, effectively improving processing efficiency and greatly reducing the overall power consumption of the chipset, which helps to reduce the cost of core components. The size provides more options for the design of notebooks, all-in-ones, and other products. 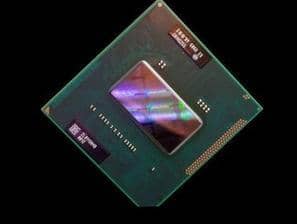 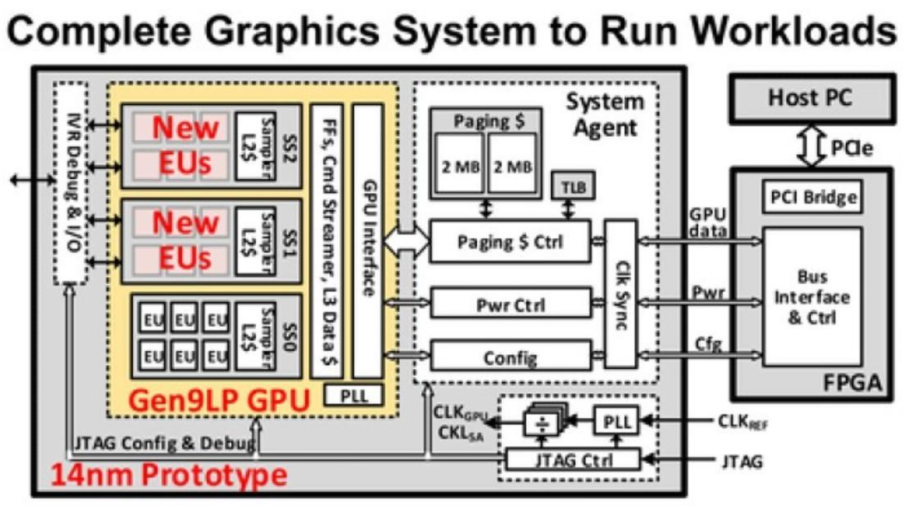 Compared with the first two, core Graphics integrates the graphics core in the processor, further enhancing the efficiency of graphics processing, and integrates the "processor + south bridge + northbridge (graphic core + memory control + display output)" in the integrated graphics card. The three-chip solution is reduced to a dual-chip mode of "processor (processing core + graphics core + memory control) + motherboard chips (display output)", which effectively reduces the overall power consumption of core components and is more conducive to extending the battery life of the notebook time.

The structure of a general graphics card is as follows:

Video memory: Video memory is responsible for storing various data that the display chip needs to process. Its capacity and performance directly affect the display effect of the computer. The new graphics cards all use DDR6/DDR5 video memory, and the mainstream video memory capacity is generally 2GB ~ 4GB.

GPU and fan: GPU is the graphics chip, it is responsible for most of the calculation work of the graphics card, which is equivalent to the role of the CPU in the computer. The function of the GPU fan is to dissipate heat to the GPU.

Bridge interface: Mid-to-high-end graphics cards can support multiple works at the same time, and the bridge interface is connected through a bridge between them.

VESA is the abbreviation of "Video Electronic Standards Association", co-founded in 1989 by a number of computer chip manufacturers. At the end of 1994, VESA published the 64-bit architecture "VESA Local Bus" standard. Most of the 80486 personal computers use this standard graphics card.

PCI (Peripheral Component Interconnect) graphics cards are usually used in earlier or streamlined computers. Such computers must rely on PCI interface graphics cards due to the removal of the AGP standard slot. Known to be used mostly from 486 to the early era of Pentium II. But until the display chip cannot directly support AGP, some manufacturers continue to manufacture graphics cards based on AGP to PCI. The latest known PCI interface graphics cards are GeForce GT 610 PCI (SPARKLE system) model GRSP610L1024LC, ATI HD 4350 PCI (HIS system) and HIS HD 5450 PCI (HIS system) HIS 5450 Silence 512MB DDR3 PCI DVI/HDMI/VGA Product number H545H512P.

AGP (Accelerated GraphicsPort) is a 32-bit bus interface developed by Intel Corporation in 1996 to enhance the display performance of computer systems. There are AGP 1X, AGP 2X, AGP 4X, and finally AGP 8X, with bandwidths of 266MB/s, 533MB/s, 1066MB/s, and 2133 MB/s. Among them, AGP 4X is not compatible with the previous voltage. Among them, "Wildcat4 7210" of 3DLABS is the strongest professional-grade AGP graphics accelerator card, while ATI's RadeonHD 4670 and HD3850 are the most powerful consumer-grade AGP graphics accelerator cards of the year (2007).

PCI Express (also known as PCI-E) is the latest graphics interface for graphics cards. It is used to replace AGP graphics cards. Faced with the continuous advancement of 3D display technology in the future, the bandwidth of AGP is no longer sufficient to handle huge data operations. The PCI-Express graphics cards with the highest performance are nVidia's "NVIDIA Titan V" and AMD's "Radeon Pro Duo (Fiji)". At present, the graphics cards produced after 2007 can support dual graphics technology (nVIDIA's SLi and nvlink and AMD's CrossFire).

Use a USB or Thunderbolt high-bandwidth cable to connect to an external PCI Express graphics card box, which requires an independent power supply.