NFC is developed on the basis of non-contact radio frequency identification (RFID) technology and combined with wireless interconnection technology. It provides a very safe and fast communication method for various electronic products that are becoming more and more popular in our daily lives. The "near field" in the NFC refers to radio waves near the electromagnetic field. Because radio waves are actually electromagnetic waves, they follow Maxwell’s equations. Electric and magnetic fields will always alternate energy conversion during the process of propagating from the transmitting antenna to the receiving antenna, and they will enhance each other during the conversion, such as the radio used in our mobile phones. The signal is propagated using this principle, and this method is called far-field communication. However, within 10 wavelengths of electromagnetic waves, the electric field and the magnetic field are independent of each other. At this time, the electric field does not have much meaning, but the magnetic field can be used for short-distance communication, which we call near-field communication.

Around 2003, Sony and Philips Semiconductors (now NXP Semiconductors) cooperated to develop a safer and faster technology based on non-contact RF card technology. After several months of research and development, the two parties jointly released a wireless communication technology compatible with the IS014443 contactless card protocol, named NFC (Near Field Communication), and the specific communication specification is called the NFCIP-1 specification. Not long after the release of the NFC technology, both parties submitted a draft standard to the European Computer Manufacturers Association (ECMA), applied to become a near field communication standard and was quickly recognized as the ECMA.340 standard, and then submitted a standard application to ISO/IEC with the help of ECMA. And it was finally recognized as the ISO/IEC18092 standard.

Near field communication technology is a standard jointly developed by Nokia, Philips, and Sony. It promotes standardization under the framework of ISO 18092, ECMA 340, and ETSI TS 102 190. It is also compatible with the widely used ISO 14443, and the infrastructure of Type-A, ISO 15693, B, and Felica standard contactless smart cards. 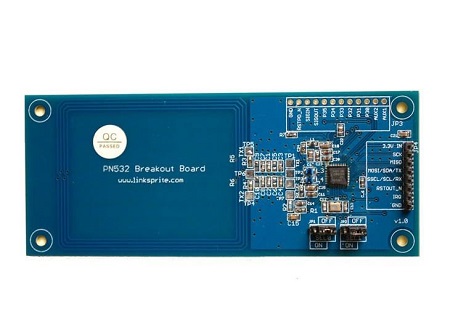 NFC is a short-distance high-frequency radio technology. The NFCIP-1 standard stipulates that the communication distance of NFC is within 10 cm, the operating frequency is 13.56 MHz, and the transmission speed is 106Kbit/s, 212Kbit/s, or 424Kbit/s. The NFCIP-1 standard specifies the transmission speed, codec method, modulation scheme, and frame format of the radio frequency interface of NFC devices in detail. This standard also defines the NFC transmission protocol, including the activation protocol and data exchange method.

In the active mode, both the initiator and the target device must actively generate a radio frequency field when sending data to each other, so it is called the active mode, and they both require a power supply device to provide energy to generate the radiofrequency field. This communication mode is a standard mode for peer-to-peer network communication and can obtain very fast connection rates.

Two NFC devices can exchange data under peer-to-peer mode. For example, multiple digital cameras and mobile phones with NFC functions can use NFC technology for wireless interconnection to realize data exchange such as virtual business cards or digital photos.

In read/write mode, the NFC device is used as a contactless reader. For example, a mobile phone that supports NFC plays the role of a reader when interacting with tags, and a mobile phone with NFC enabled can read and write tags that support the NFC data format standard.

NFC card emulation mode is to simulate a device with NFC function as a tag or contactless card. For example, a mobile phone that supports NFC can be read as an access card, bank card, etc.

The key to the card emulation mode is to simulate the device with NFC function and turn it into a non-contact card mode, such as bank cards and access control cards. This mode is mainly used in non-contact mobile payments such as shopping malls or transportation. In the specific application process, users only need to put their mobile phone or other related electronic devices close to the card reader, and enter the corresponding password at the same time to complete the transaction. Regarding the card in the mode of card emulation, the key is to perform power supply processing through the RF domain of the contactless card reader, so that the NFC device can continue to work even if the NFC device has no power.

Ⅴ Comparison of NFC and other wireless technologies

The current short-range wireless communication technologies include RFID, Bluetooth, infrared, etc. NFC is a short-range high-frequency wireless communication technology that allows non-contact point-to-point data transmission between electronic devices. Its working frequency is 13.56MHz, the communication distance is 0-20cm (most products are within 10cm in fact), and the transmission rate can be 106kbit/s, 212kbit/s, 424 kbit/s, and 848kbit/s. In addition to NFC, NFC technology also mainly includes radio frequency identification (RFID), Bluetooth (Bluetooth), ZigBee (ZigBee), infrared, Wi-Fi, and other technologies. Each of the above technologies has its own characteristics and advantages.

The following is an analysis and comparison of the characteristics of each communication technology and NFC technology.

1.Comparison of NFC and RFID

First, the working mode is different. NFC integrates peer-to-peer communication functions, reader functions, and non-contact card functions into a single chip, while RFID consists of two parts: a reader and a tag. NFC technology can both read and write, while RFID can only read and determine information.

Third, the application areas are different. NFC is more used in the field of consumer electronics, playing a huge role in access control, public transportation, mobile payment, and other fields; RFID is better at long-distance identification and is more used in production, logistics, tracking, and asset management.

2.Comparison of NFC and Bluetooth

3.Comparison of NFC and infrared transmission 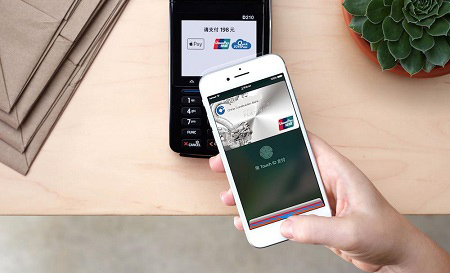 NFC payment mainly refers to applications where a mobile phone with NFC function is virtualized into a bank card, all-in-one card, etc. The application of NFC virtualized into a bank card is called an open-loop application. Ideally, a mobile phone with an NFC function can be used as a bank card to swipe mobile phone consumption on POS machines in supermarkets and shopping malls, but this is not yet fully realized. The main reason is that NFC payment as an open-loop application has a tedious industrial chain, and the game between the interests of card vendors and solution providers and the industrial structure is very complicated. The application of NFC virtualized into a one-card card is called a closed-loop application. At present, although the NFC function of mobile phones has been opened in the public transportation system of some cities, it has not been popularized. The fundamental reason is that the all-in-one card system with cards as the carrier has a profit for issuing cards, and system integrators and operators can obtain huge profits from issuing cards. However, as the popularization technology of NFC mobile phones continues to mature, the one-card system will gradually support the application of NFC mobile phones. The prospect is optimistic, but the process is destined to be tortuous. 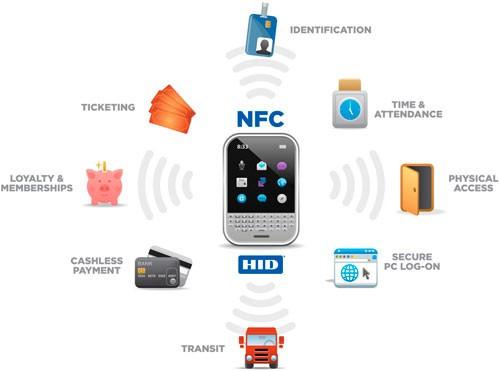 The application of the NFC tag is to write some information into an NFC tag, and the user only needs to wave the NFC tag with an NFC mobile phone to get the relevant information immediately. For example, businesses can put NFC tags containing posters, promotional information, and advertisements at the entrance of the store, and users can use NFC mobile phones to obtain relevant information according to their needs and can log in to social networks and share details or goodies with friends. Although the application of NFC tags is very convenient and the cost is very low, the application prospects of NFC tags are not optimistic due to the popularization of mobile networks and the gradual popularity of QR codes. Because compared with NFC tags, the QR code only needs to be generated and printed into a small image, which can be said to be almost zero cost. The information provided is as rich as NFC, and it is easy to replace the application of NFC tags.

What is a USB Flash Drive?
Solid-state Drive (SSD): Classification and Architecture