There are mainly two kinds of storage medium of a solid-state drive, one is flash memory, and the other is DRAM. Intel's XPoint particle technology is a new technology.

Flash-based solid-state drives use FLASH chips as storage media, which is also commonly referred to as SSD. Its appearance can be made into a variety of shapes, such as notebook hard drives, micro hard drives, memory cards, U disks, and other styles. The biggest advantage of this SSD solid-state drive is that it can be moved, and the data protection is not controlled by the power supply. It can be adapted to various environments and is suitable for individual users. It has a longer life span. SLC flash memory generally reaches tens of thousands of times of PE. MLC can reach more than 3,000 times, and TLC has reached about 1,000 times. The latest QLC can also ensure a lifespan of 300 times. The average user's writing volume in a year does not exceed 50 times that of hard disks. The overall size, even the cheapest QLC flash memory, can provide 6 years of write life. High reliability, high-quality household solid-state drives can easily reach one-tenth of the failure rate of ordinary household mechanical hard drives. 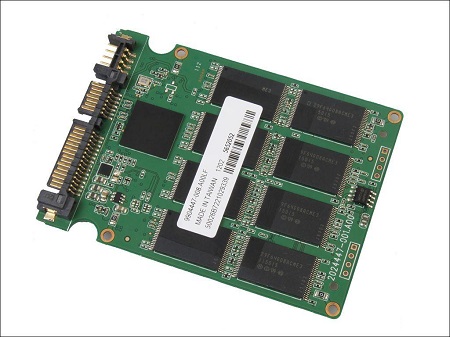 DRAM-based solid-state drives used DRAM as a storage medium, and the application range is narrow. It imitates the design of a traditional hard disk, which can be used for volume setting and management by most operating system file system tools, and provides industry-standard PCI and FC interfaces for connecting to a host or server. Application methods can be divided into two types: SSD hard disk and SSD hard disk array. It is a high-performance memory that can theoretically be written infinitely. The only drawback is that it requires an independent power supply to protect data security. DRAM solid-state drives are relatively non-mainstream devices.

The solid-state drive based on 3D XPoint is close to DRAM in principle, but it is non-volatile storage. The read latency is extremely low, which can easily reach one percent of the existing solid-state hard drives, and has a nearly unlimited storage life. The disadvantage is that the density is relatively low compared to NAND, and the cost is extremely high. It is mostly used in enthusiast desktops and data centers.

In 1968, IBM re-proposed the feasibility of the "Winchester" technology, laying the foundation for the development of hard disks.

In March 2006, Samsung took the lead to release a 32GB SSD notebook computer.

In 2009, SSDs developed in a spurt, and major manufacturers flocked in, and storage virtualization officially entered a new stage.

Flash-based solid-state drives are the main category of solid-state drives. Their internal structure is very simple. The main body of the solid-state drive is actually a PCB board. The most basic accessory on this PCB board is the control chip and the cache chip (some low-end Cache chips) and flash memory chips for storing data. 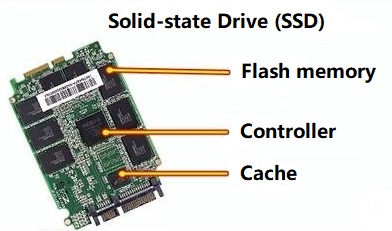 The more common solid-state drives on the market include LSISandForce, Indilinx, JMicron, Marvell, Phison, Sandisk, Goldendisk, Samsung and Intel, and other controller chips. The controller is the brain of the solid-state drive. One of its functions is to rationally allocate the data load on each flash memory, and the other is to undertake the entire data transfer, connecting the flash memory chip and the external SATA interface. The capabilities of different main controllers are very different. There will be very big differences in data processing capabilities, algorithms, and read and write control of flash memory chips. This will directly lead to the difference in the performance of solid-state hard disk products by several times.

Next to the controller chip are cache particles. Like traditional hard drives, solid-state drives require a high-speed cache chip to assist the main controller for data processing. It should be noted here that there are some cheap solid-state drive solutions in order to save costs, omitting this cache, which will have a certain impact on the performance during use, especially the read and write performance and service life of small files.

Another type of eMLC (Enterprise Multi-Level Cell) is an "enhanced" version of MLC NAND flash memory, which bridges the performance and durability gap between SLC and MLC to a certain extent. 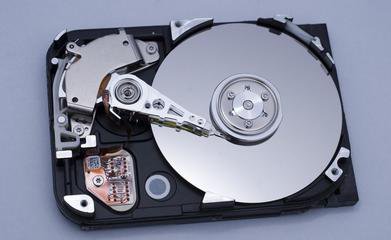 SSDs have the characteristics of fast read and write, lightweight, low energy consumption, and small size that traditional mechanical hard drives do not have. At the same time, its disadvantages are also obvious. Although IDC believes that SSD has entered the main trend of the storage market, its price is still relatively expensive and the capacity is low. Once the hardware is damaged, data is more difficult to restore, etc... Some people believe that the lifetime of the solid-state drive is relatively short.

Due to the difference in the design and data read and write principles between SSD and ordinary disks, the internal structure of the SSD is also very different. Generally speaking, the structure of a solid-state drive (SSD) is relatively simple and can also be disassembled. Therefore, most of the articles about SSD performance evaluation that we usually see are accompanied by the internal disassembly diagram of the SSD.

Data reading and writing of ordinary mechanical disks rely on the airflow generated by the high-speed rotation of the disk to hold up the head, so that the head is infinitely close to the disk without touching it. Therefore, its internal structure is relatively complicated and precise, and it is not allowed to be disassembled under normal circumstances. Once it is manually disassembled, it is very likely to cause damage and the disk will not work normally. This is also the reason why we can hardly see the disk disassembly diagram when evaluating the disk.

Fast reading and writing speed: using flash memory as the storage medium, the reading speed is faster than that of mechanical hard disks. The solid-state drive does not use a magnetic head, and the seek time is almost zero. The continuous writing speed is amazing. Most SSD manufacturers will claim that their SSDs have continuous read and write speeds exceeding 500MB/s. In recent years, NVMe SSDs can reach around 2000MB/s, or even more than 4000MB/s. The speed of solid-state drives is not only reflected in continuous reading and writing, but fast random reading and writing speed is the ultimate meaning of solid-state drives, which is most directly reflected in most of the daily operations. The seek time of the most common 7200 rpm mechanical hard disk is generally 12-14 milliseconds, while the solid-state hard disk can easily reach 0.1 milliseconds or even lower.

Shock resistance and drop resistance: Traditional hard disks are all disk-type, and data is stored in disk sectors. The solid-state drive is made of flash memory particles (that is, storage media such as MP3, U disk, etc.), so there are no mechanical parts inside the SSD solid-state drive. It will not affect the normal operation even if it moves at high speed or even with tilting Use and can minimize the possibility of data loss in the event of collisions and shocks.