Sensors are like human eyes, ears, mouth, and nose, but they are not just as simple as human senses. They can even collect more useful information. In this case, it can be said that these sensors are the basis of the entire Internet of Things system. It is precisely because of the sensors that the Internet of Things system has content to be transmitted to the "brain".

In the past, sensors were more used in industry. But over time, it has slowly entered our lives. 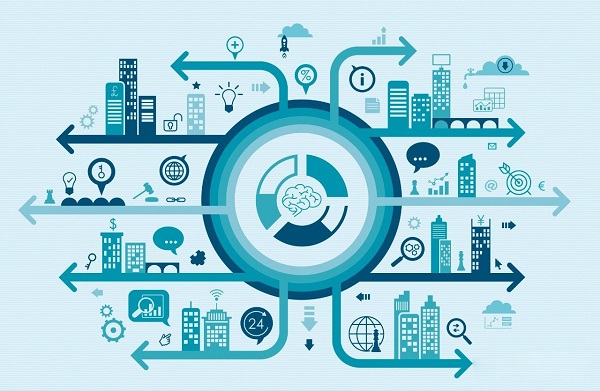 The massive data information in the Internet of Things system comes from terminal devices, and the source of terminal device data can be attributed to sensors. Sensors endow all things with "sensory" functions. For example, human beings rely on sight, hearing, smell, and touch to perceive the surrounding environment. This kind of sensor can also perceive the surrounding environment. And it is more accurate and wider than human perception. For example, humans cannot accurately perceive the specific temperature value of an object through touch, nor can they perceive thousands of high temperatures, nor can they distinguish subtle temperature changes, but sensors can. It can be said that sensors are the "language" for communication between objects in the era of the "Internet of Everything".

The role of sensors in the IoT industry 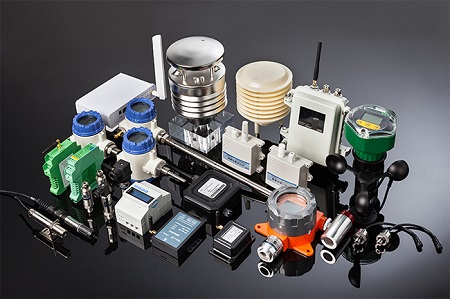 As the world begins to enter the era of rapid development, in the process of acquiring and processing information, the first thing to be solved is to obtain reliable and accurate information. And sensors are the main means and ways to obtain information. For example, in the era of Industry 4.0, sensors should be used to monitor and control the parameters in the production process to keep the equipment in normal working conditions. In the field of smart homes, sensors are used to realize users and household items (lighting, TV, refrigerator, audio, etc.). In driverless driving, it is necessary to collect and process traffic and environmental data through sensors, so as to ensure the safe driving of cars on the road.

With the increasing demand for the Internet of Things, sensors are currently showing a trend of rapid growth. According to statistics, it is expected to increase to 593.7 billion yuan by 2021, and the average annual compound growth rate of China's sensor industry in the next five years is about 30%, which is much higher than the global average.

It has been more than 20 years since the Internet of Things was proposed, but the scale of sensor deployment has not been widespread, resulting in insufficient physical layers and insufficient data, and restricting industrial development from the source. Sensor deployment is the infrastructure of the Internet of Things. Many years ago, a country proposed a trillion sensor revolution, aiming to promote the use of 1 trillion sensors in social infrastructure and public services every year, and it is expected that 100 trillion sensors will be embedded in after 2030.

After years of development, sensors can be roughly divided into three generations:

The first generation: It is a structural sensor, which uses structural parameter changes to sense and transform signals.

The second generation: The sensor is a solid sensor developed in the 1970s. This sensor is composed of solid components such as semiconductors, dielectrics, and magnetic materials, and is made of certain characteristics of materials.

The third generation: The sensor is a smart sensor that was just developed in the 1980s. The so-called smart sensor means that it has certain detection, self-diagnosis, data processing, and self-adaptive capabilities for external information. It has the characteristics of high precision, low cost, diversified functions, and strong automation. It is a product of the combination of microcomputer technology and detection technology.

Since its birth in the 1860s, the history of sensors has been more than 150 years. In the era of mobile Internet, the popularization of mobile phones has promoted the great development of sensors, but it has also determined that many types of sensors are specifically designed for mobile phones. The "things" in the Internet of Things era are very different from mobile phones in terms of sensing and connection requirements. Therefore, more and higher requirements are placed on sensor technology. In summary, sensors are evolving in the direction of high precision, miniaturization, low power consumption, and intelligence.

If the data information collected by the sensor is wrong, it is equivalent to an error from the source. And the transmission, analysis, and application of all subsequent data will be meaningless. Therefore, the accuracy and quality of the sensor is an important baseline to ensure the vision of the Internet of Things. Imagine that if the accuracy and quality of an intelligent networked car sensor are not up to standard, it means that the system cannot make the correct decision within the milliseconds when the accident occurs, thereby seriously threatening the safety of the driver.

With the development of multi-functional and high-performance mobile devices centered on smartphones, a larger number of components and a smaller volume in the circuit board are required. Therefore, sensors are gradually adopting integrated technology to achieve high performance and miniaturization. Integrated temperature sensors, integrated pressure sensors, etc. have already been widely used, and more integrated sensors will be developed in the future.

Weibo, WeChat, video, and games on mobile phones are all big-power consumers. We have long been accustomed to the days of charging every day and traveling far away with power banks. But can you imagine what it would be like if interconnected devices such as smoke alarms and smart cameras also need to be replaced every day? Unlike mobile phones, many IoT devices are located in areas that people don't often touch, so they have extreme requirements for power consumption, which determines that the power consumption of the sensor should also be very low, otherwise the operating cost will be too high.

With the proliferation of connected devices and explosive growth of data, the centralized cloud has become "overwhelmed". More importantly, for application scenarios such as smart manufacturing or smart transportation, The delay of cloud analysis will cause the value of data to show a downward trend, so edge intelligence began to rise.

The sensor is a good edge node. The embedded technology integrates the sensor and the microprocessor to make it an intelligent data terminal device with environmental perception, data processing, intelligent control, and data communication functions. This is the so-called smart sensor. This sensor has self-learning, self-diagnosis, and self-compensation capabilities, compound perception capabilities, and flexible communication capabilities. In this way, the data that the sensor feeds back to the IoT system when it perceives the physical world will be more accurate and comprehensive, achieving the purpose of precise perception.

The intelligent sensor has the characteristics of high precision, low cost, diversified functions, strong automation, etc. It is a sensor with an information processing function and is the product of the combination of sensor integration and microprocessor. Sensors in many IoT scenarios have the characteristics of smart sensors. In the future of the Internet of Things era, smart sensors will be the mainstream of the market.

Among the most promising IoT scenarios in the future, smart industry, smart home, smart medical care, smart cars, smart agriculture, etc. are the most likely to be popularized in the future.

1. Smart industrial sensors are the basis for realizing Industry 4.0 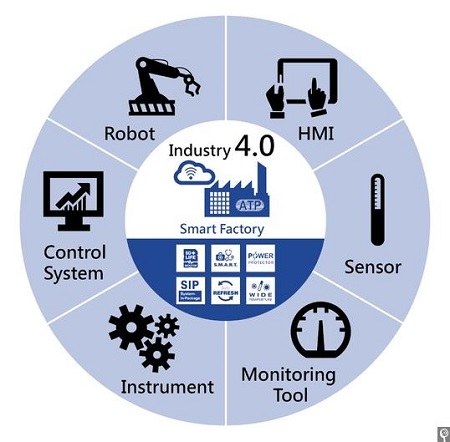 A major feature of smart homes is to realize the control of household items. With the development of the Internet of Things, more and more sensors will be used in home appliances, such as washing machines, TVs, refrigerators, lights, air conditioners, range hoods, etc. There were no sensors in the past. All of the products will become the main battlefield of sensors due to the popularity of smart homes. 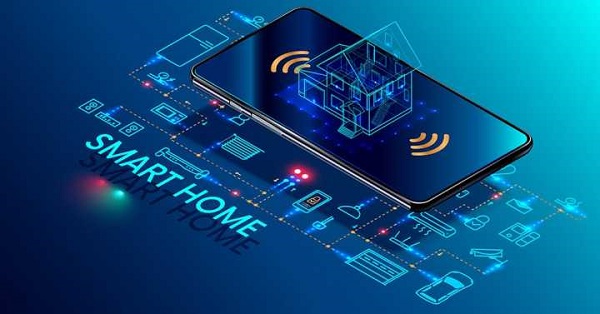 Smart healthcare is to uses the Internet of Things technology to realize the interaction between patients and medical staff and medical equipment. The core part of its work is to collect, store, transmit and process patient information. In the process of image transmission and massive data calculation and processing, each of them needs to have sensors with intelligent processing functions, such as MEMS pressure sensors for measuring the blood pressure of patients, pyroelectric sensors for studying sleep apnea, and Temperature sensors for monitoring body surface temperature, etc.

With the development of the Internet of Things technology, wireless medical sensors are gradually developing in the direction of intelligence, miniaturization, and low power consumption. And the application of sensors in the field of smart medical treatment will become more and more extensive. According to foreign media reports, scientists have studied a new type of sensor that can be used to diagnose eye trauma. It determines the severity of eye trauma based on the determination of the concentration of vitamin C contained in human tears. Recently, scientists have studied a swallowable heart rate sensor that is only the size of a capsule. After swallowing, the patient can measure its vital signs and other data and transmit the information to the receiver for remote monitoring by the doctor.

With the advancement of technology, there will be more and more types of sensors used in smart medical treatment, but one of their common features is that they have the characteristics of smart sensors.

Although many cars have implemented some basic networking functions, they are not really smart cars. With the development of AI and Internet of Things technology, smart cars will become the mainstream in the future. Smart car is a comprehensive system integrating environmental perception, multi-level driving assistance and other functions. One of its major features is that it can realize networked control. The key to control and operation is inseparable from smart sensors. The popularization of smart cars will bring an increase in smart sensors.

5. The market prospect of smart agricultural sensors is broad

The characteristics of the Internet of Things agriculture are based on information technology. In the process of agricultural production, data is collected through sensors and quantitative analysis, and intelligent decision-making. The environment of agricultural production is very complex. Different scenarios require different sensors, such as air temperature, The collection of humidity, light intensity, carbon dioxide concentration, etc. all require the use of corresponding intelligent agricultural sensors.

How to buy IoT sensors?

First, you can search for the model of the sensor you want to buy on Google, and click on the corresponding purchase page.

In addition, Utmel Electronic, as a large-scale electronic component distributor, specializes in selling ICs, microcontrollers, resistors, capacitors, etc. We have a large inventory of sensors. If you are interested, welcome to visit our RFQ page. You only need to submit your needs and some basic information, and then our staff will contact you within 24 hours