What is a servo system?

Servo system is a product developed on the basis of frequency conversion technology. It is an automatic control system that takes a mechanical position or angle as the control object. In addition to speed and torque control, the servo system can also perform precise, fast, and stable position control.

The generalized servo system is a control system that accurately tracks or reproduces a given process, and can also be called a follow-up system.

The narrow sense servo system is called the position follow-up system. Its controlled quantity (output quantity) is the linear or angular displacement of the space position of the load machine. When the position given quantity (input quantity) changes arbitrarily, the main task of the system is to make the output quickly and accurately reproduce the change of a given amount.

If we talk about the current hot technologies, the robot is definitely one of them. As typical mechatronics and technology-intensive product, how does the robot operate?

The structure of the servo system

The comparison link is the link that compares the input command signal with the feedback signal of the system to obtain the deviation signal between the output and the input and is usually implemented by a special circuit or computer.

The controller is usually a computer or PID (proportional, integral, and derivative) control circuit. Its main task is to transform the deviation signal output by the comparison element to control the actuator to act as required.

The function of the execution link is to convert various forms of input energy into mechanical energy according to the requirements of the control signal to drive the controlled object to work. The executive components in the mechatronics system generally refer to various motors or hydraulic and pneumatic servo mechanisms.

The detection link refers to a device that can measure the output and convert it into the dimension required by the comparison link, which generally includes a sensor and a conversion circuit.

Features and functions of the servo system

The servo system is essentially different from the feed system of the general machine tool. It can accurately control the motion speed and position of the executing part according to the instruction signal. The servo system is the link between the numerical control device and the machine tool, and an important component of the numerical control system. It has the following features: 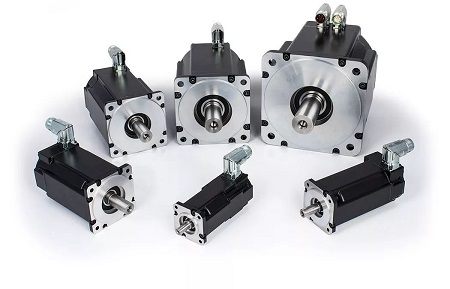 Actuator components of the servo system

1. Types and characteristics of actuators

Hydraulic actuators mainly include reciprocating cylinders, rotary cylinders, hydraulic motors, etc., of which cylinders are the most common. In the case of the same output power, hydraulic components have the characteristics of lightweight and good speed.

Pneumatic actuators are no different from hydraulic actuators except for using compressed air as the working medium. Although the pneumatic drive can obtain greater driving force, stroke and speed, it cannot be used in occasions that require high positioning accuracy due to poor air viscosity and compressibility.

The control motor is the power component of the electrical servo control system. It is an energy conversion device that converts electrical energy into mechanical energy. Commonly used control motors in mechatronics products refer to servo motors that can provide correct or more complex actions.

Control motors include rotary and linear drive motors. Through the control of voltage, current, frequency (including command pulse), etc., constant speed, variable speed drive, or repeated start and stop the incremental drive and complex drive are realized, and the drive accuracy varies with the drive object.

What is robot servo system? 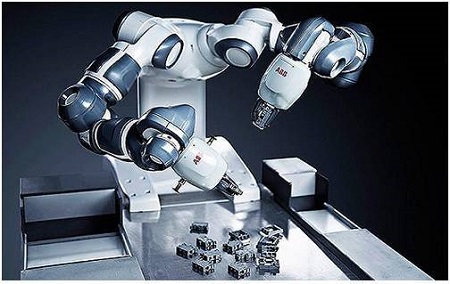 Of course, in order to match the body shape of the robot, the servo motor must be small in size, small in mass, and short in axial size. It also should withstand harsh operating conditions and can carry out very frequent forward and reverse and acceleration and deceleration operations.

A servo driver is an actuator that can directly or indirectly drive the robot body to obtain various motions of the robot by using the torque and force generated by various motors. It has the advantages of a high torque-to-inertia ratio, no brushes, and reversing sparks. It is widely used in robots.

The development trend of servo system

As the application of servo systems becomes wider, users have higher requirements for servo drive technology. In general, the development trend of the servo system can be summarized as the following aspects:

Integration: More and more new power semiconductor devices with high switching frequency are used in the output devices of the servo control system. This device integrates functions into a small module to form a high-precision full closed-loop adjustment system. These functions include input isolation, energy consumption braking, over-temperature, over-voltage, over-current protection and fault diagnosis, etc. The high degree of integration has significantly reduced the volume of the entire control system.

Intelligence: The intelligence of the servo system is manifested in the following aspects: all operating parameters of the system can be set by software through man-machine dialogue. They all have fault self-diagnosis and analysis functions and parameter self-tuning functions, etc. The servo unit with a self-tuning function can automatically tune the parameters of the system through several trial runs and automatically realize its optimization.

Simplification: The "simplification" mentioned here is not simple but simplification. According to the user's situation, the servo function used by the user is strengthened to make it specialized and refined, and some functions that are not used are streamlined, thereby reducing the servo system cost, creating more benefits for customers.

Will HBM replace DDR and become Computer Memory?
Everything You Need to Know about Connectors