What is facial recognition?

Face recognition is a type of biometric recognition technology that uses information about a person's facial features to identify them. This technology collects photos or video streams including human faces using a video camera or camera. It then automatically recognizes and tracks human faces in the images, performing a sequence of face-related technologies on the detected human faces. Traditional facial recognition is mainly based on visible light images, which is also a familiar recognition method. Simply put, it is a process of making the computer recognize you. 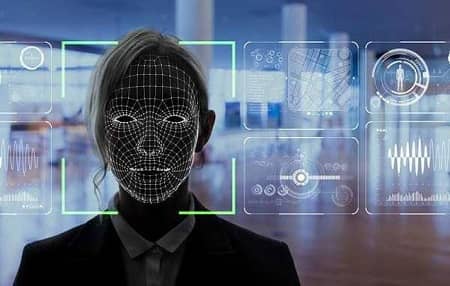 The human face is innate like other biological characteristics of the human body (fingerprints, iris, etc.). Its uniqueness and good characteristics provide the necessary prerequisites for identity authentication.

Compared with other types of biometrics, facial recognition has the following characteristics:

Non-mandatory: The user does not need to specifically cooperate with the face acquisition equipment. It can obtain face images almost unconsciously.
Non-contact: Without making physical touch with the device, the user can obtain facial images.
Concurrency: In real-world circumstances, it is feasible to sort, judge, and recognize many faces.

Face detection: In practice, face detection is mainly used for preprocessing facial recognition, that is, to accurately calibrate the position and size of the face in the image. Histogram features, color features, template features, structural features, and Haar features are just a few of the pattern features in face photos. Face detection is the process of extracting usable information and putting it to use in order to detect faces. 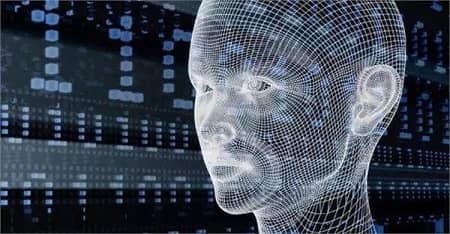 Face image preprocessing: It is based on the face detection result, and the image is treated before being used in the feature extraction process. Due to diverse situations and random interference, the system's original image is frequently not directly utilized. In the early stages of image processing, it must be pre-processed using grayscale correction and noise filtering. Light compensation, gray scale transformation, histogram equalization, normalization, geometric correction, filtering, and sharpening of the face picture are all part of the preprocessing process for face images.

Face image matching and recognition: The facial recognition system searches and matches the feature data of the extracted face image with the feature template stored in the database, and sets a threshold. The matching result is output when the similarity surpasses this threshold. The face features to be recognized are compared with the obtained face feature templates, and the identity information of the face is judged according to the degree of similarity. There are two steps in this procedure: confirmation and identification. Confirmation is a one-to-one picture comparison process, while identification is a one-to-many image matching and comparison process.

Face detection based on features

It is performed by using color, contour, texture, structure, or histogram features.

Face detection based on template matching

The face template is extracted from the database, and then a certain template matching strategy is adopted to match the captured face image with the image extracted from the template library. The face size and position information are determined by the level of correlation and the size of the matched template.

Face detection based on statistics

Through a large collection of "face" and "non-face" images to form a positive and negative sample library of human faces, statistical methods are used to strengthen the training of the system, so as to realize the detection and classification of the patterns of human faces and non-human faces.

Products based on facial recognition

Face autofocus and smile shutter technology: The first is facial capture. It judges according to the position of the human head. First, the head is determined, and then the head features such as eyes and mouth are judged. Through the comparison of the feature library, the face is captured. Then autofocus with the face as the focus, which can greatly improve the clarity of the photos taken. 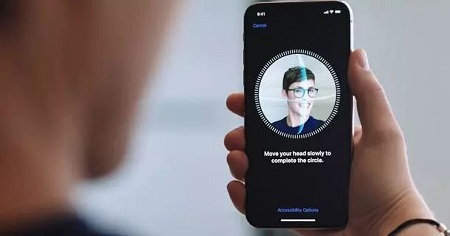 Smile shutter technology is based on face recognition to complete facial capture. It judges the degree of mouth bend and the degree of eye bend to judge whether it is a smile. All the above captures and comparisons are done under the condition of comparing the feature library. Therefore, the feature library is the basis, which contains various typical facial and smile feature data.

The security-protected area can recognize the identity of the intruder through face recognition. Facial recognition technology can be utilized for security and management in both businesses and homes.

E-passport and ID card. The International Civil Aviation Organization has determined that from April 1, 2010, its 118 member countries and regions must use machine-readable passports. Face recognition technology is the first recognition mode. This regulation has become an international standard. The United States has required countries that have visa-free access agreements with it to use an electronic passport system that incorporates facial fingerprints and other biometrics before October 26, 2006. By the end of 2006, more than 50 countries had implemented such a system. The Transportation Security Administration plans to promote a biometric-based domestic travel document throughout the United States. Many countries in Europe are also planning or implementing similar programs to identify and manage passengers with biometric documents.

Face recognition can monitor people in public places such as airports, stadiums, and supermarkets. For example, surveillance systems can be installed at airports to prevent terrorists from boarding the plane. If the user's card and password are stolen from the bank's ATM, they will be taken by others as cash. At the same time, the application of face recognition will prevent this from happening. Find out whether there is the basic information of key populations in the database by querying the target portrait data. For example, install systems at airports or stations to catch fugitives.

Use face recognition to assist credit card network payment to prevent non-credit card owners from using credit cards, etc. Such as computer login, e-government, and e-commerce. In e-commerce, all transactions are completed online, and many approval procedures in e-government have also been moved online. At present, the authorization of transactions or approvals is achieved by passwords. Security cannot be assured if the password is taken. The digital identity and real identity of parties on the Internet can be unified if biometrics are employed. As a result, the reliability of e-commerce and e-government systems is considerably improved.

With the rise of the mobile Internet, some face recognition technology developers apply the technology to the entertainment field, such as applying happy celebrity faces. It is based on the contour, skin color, texture, texture, color, light, and other characteristics of the face to calculate the similarity between the protagonist and the celebrity in the photo.

Understanding the Flight Sensing Modules of Drones
How much do you know about VR Technology?