MicroLED is 1% of general LED

When the size of the LED chip is as small as the pixel level, each pixel corresponds to a microLED chip. Since microLED can emit light by itself, it can control its brightness and color. Compared with traditional LCD screens, microLED can eliminate the liquid crystal layer and filter structure.

The screen structure of microLED is similar to that of OLED. Both have the characteristics of self-luminous pixels, simple structure, and high luminous efficiency. However, the material life of microLED is much longer than that of OLED organic light-emitting diodes, and its stability is also stronger.

Based on early experience, as microLED technology matures, will OLED and LCD be replaced? Perhaps the answer is not clear.

Early LED display pixels used a combination of red, green, and blue (RGB) LEDs. Due to the large package size, the pixel pitch is about 20 mm (pixel pitch 20 mm, P20). As the chip size shrinks and the packaging level increases, 3 mm (P3) pixel pitch displays have become common on the market. Furthermore, the chip size reaches about 100 μm, which is called mini LED in the industry. The pixel pitch can reach about 0.2 mm (P.2).

The size of mini LED has basically reached the limit of common LED production technology. When the chip size is comparable to that of OLED, mini LED shows great advantages in terms of brightness, contrast, and reliability. (microLED further reduces the chip size to below 50 μm. Due to the small size, high integration, and self-luminous characteristics of the microLED chip, compared with LCD and OLED in terms of display, it has advantages in brightness, resolution, contrast, energy consumption, service life, response speed, and thermal stability.

In 2000, Jiang Hongxing and others from Kansas State University in the United States prepared microLEDs based on group III nitrides for the first time. In 2001, a blue microLED with a chip size of 12 μm and a 10×10 array for display was reported.

MicroLED is still slightly far away from large-screen manufacturing

First of all, we make it clear that microLED is difficult to apply to large panels in the early stages. Just like OLED, the manufacturing process of the microLED large panel is greatly constrained by yield and cost.

The value microLED brings is greater than everyone expected. If you observe the manufacturing process of the microLED, you will find that it grows from the wafer and eventually needs to be transferred to the backplane of the screen. If the resolution of a screen is 1920x1080, the number of pixels on the screen exceeds 2 million. And each pixel is composed of three sub-pixels of red, green, and blue. It means that there are 6 million microLED chips on this screen If this is a microLED screen.

With contemporary semiconductor manufacturing technology, it is not difficult to grow 6 million microLED chips on the wafer, but it is difficult to transfer these 6 million microLED chips to the backplane. The industry refers to this transfer process as the mass transfer. Even the high-end mini LED screens on the market, such as the 2021 iPad Pro 12.9", only have 10,000 mini LEDs in the backlight layer. Therefore, the massive transfer is a major difficulty in microLED manufacturing.

Mass transfer is not the only technical difficulty in the manufacture of microLED panels. It is a cornerstone that restricts the manufacture of microLEDs for large and small screens. Of course, how big a large screen can be depends on the cost. The cost of the microLED large-screen TVs that Samsung and Sony showed for the first time both exceeded millions of dollars.

Since the microLED chip is as small as the pixel level, it can display true black with a single pixel. At the same time, the ultra-small LEDs in microLED displays are more efficient in converting electricity into photons. And microLEDs are brighter than OLEDs and LCDs. Based on the high electron mobility, the switching speed of microLED can reach the nanosecond level.

Due to the limitations of the manufacturing process, microLED is only suitable for small screens in the early stage. For example, it is especially suitable for AR/VR.

AR/VR has higher requirements for display brightness, contrast, pixel density, and response than mobile phone consumer electronics products. LCD and OLED are technically difficult to meet the needs of such applications. Many consumers have reported that the current AR/VR applications are prone to dizziness and lack of immersion. In fact, this is largely due to the technology of LCD and OLED. The application of microLED in the AR/VR field has significantly overcome this problem. Perhaps the key to the future development of AR/VR depends on the breakthrough of microLED technology.

In addition, the miniaturization of the microLED chip is conducive to the flexibility and transparency of the panel. "Flexible", "transparent", and "foldable" are the hot spots of screen display technology in the past two years. To some extent, it is the key to achieving industry breakthroughs. Therefore, the early application of microLED will focus on wearable devices, AR, VR, and small car screen products.

It is worth mentioning that although microLED has many technical advantages over LCD/OLED, some of the advantages are still at the theoretical stage. The more representative one is EQE (External Quantum Efficiency)-it can be understood as luminous efficiency. Compared with microLED, LCD’s liquid crystal, color filter, and polarizer are removed. And microLED doesn’t need complicated packaging technology compared with OLED. In theory, the luminous efficiency of microLED displays is much higher than the two.

However, the extremely small size of microLED causes the chip to be greatly affected by the sidewall effect. This is an engineering problem in the manufacturing process. Therefore, the actual EQE of microLED is extremely low. The existence of the sidewall effect also makes it more difficult for microLED to produce ideal large-screen applications. Therefore, the existing microLED solutions on the market are far from reflecting the technical advantages of microLED itself.

Complementation between MicroLED and LCD/OLED

The various technical challenges of microLED are difficult problems that many market participants are trying to solve. The technical characteristics of microLED also determine the changes in the structure of the display industry chain in the future. The miniaturization of microLED makes the panel manufacturing further inclined to semiconductor technology.

To give a simple example, due to the miniaturization of microLED, the backplane part of the display screen has begun to transition from amorphous silicon or low-temperature polysilicon TFT (thin-film transistor) to CMOS technology. Specifically, the backplane is a circuit layer used to control the lighting, extinguishing, and gray levels of each pixel. Compared with amorphous silicon and low-temperature polysilicon, single crystal silicon has a higher crystalline quality and electrical properties, and CMOS has begun to become a choice. Therefore, the general IC manufacturing process can be used to manufacture the backplane, which is one of the significant manifestations of the further integration of the display industry and the semiconductor industry. 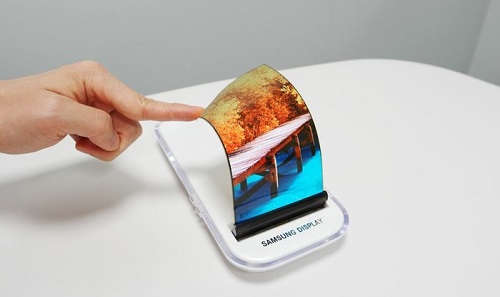 There will be four possibilities in the future industrial chain. The first is that traditional display industry players (such as Samsung, LG, BOE) are still at the center, but the value will be diluted. The second is manufacturers with vertical integration capabilities. For example, LuxVue acquired by Apple, and Glo AB invested by Google will dominate the microLED world. The third is the new industry structure, and the industry value may be transferred to LED chip manufacturers, semiconductor manufacturers, and companies holding key IP (Or multi-party cooperation) transfer. The fourth is that microLED may not become the mainstream of the market.

Judging from the market trends in China, Taiwan, and South Korea in the past two years, microLED related investment is increasing on a large scale. Upstream and downstream companies in the industry chain are also actively cooperating. Before 2018, microLED market players are in their own right, different companies have different technical directions, and these technical directions are very different.

Considering that microLED manufacturing technology may need to be application-oriented to customize a systematic manufacturing process-this is very different from LCD/OLED. The situation of separate governance is not conducive to the development of the microLED market, and there are different technical directions and no common standards for a certain category of technology, which is just the performance of the industry in the early stage of development. Starting in 2020, there has been a lot of cooperation in the industry, which is a sign that microLED is becoming mature.

Just as OLED did not completely replace LCD in the past, as a technology with development potential in small screens and AR/VR in the early stage, microLED is very likely to coexist with OLED and LCD for a long time. For example, microLED focuses on the small screen and AR/VR market and eats up part of the value of OLED and LCD in the high-end market. Although the market size of OLED and LCD will shrink, from the perspective of technology and market, the three will form a subtle complementary relationship, rather than microLED replacing OLED or LCD.

How much do you know about VR Technology?
Silicon Carbide (SiC): The Third-generation Semiconductor Material