What is silicon carbide (SiC)? 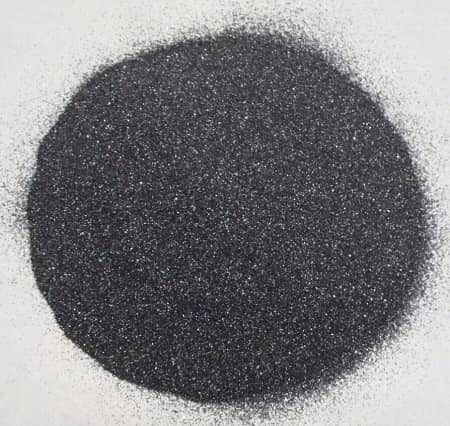 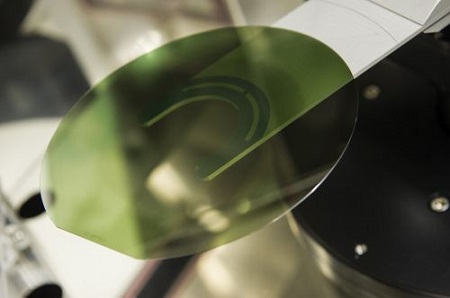 Silicon carbide wafers are classified as either conductive or semi-insulating based on their resistivity. Among them, conductive silicon carbide wafers are mainly used in the manufacture of high-temperature and high-voltage resistant power devices. It occupies a large market share. Semi-insulating silicon carbide substrates are mainly used in the microwave, radiofrequency devices, and other fields. With the accelerated construction of 5G communication networks, the market demand has increased significantly.

What are the advantages of silicon carbide?

Silicon carbide (SiC) is an ideal material for high-power devices

In the semiconductor industry, silicon is the first-generation basic material. At present, more than 95% of integrated circuit components in the world are manufactured with silicon as a substrate. At present, with the development of applications such as electric vehicles and 5G, the demand for high-power, high-voltage, and high-frequency devices is growing rapidly.

When the voltage is greater than 900V to achieve greater power, silicon-based power MOSFETs and IGBTs will expose their shortcomings. That is, they will be limited in terms of conversion efficiency, switching frequency, and operating temperature. The silicon carbide (SiC) material has a large width of the forbidden band (3 times of Si), high thermal conductivity (3.3 times of Si or 10 times of GaAs), high electron saturation migration rate (2.5 times of Si), and high breakdown electric field (10 times that of Si or 5 times that of GaAs) and other properties. SiC devices have irreplaceable advantages in the fields of high temperature, high pressure, high frequency, high power electronic devices, and extreme environmental applications such as aerospace, military, and nuclear energy. It makes up for the defects of traditional semiconductor materials and devices in practical applications and is gradually becoming the mainstream of power semiconductors.

We call the third-generation semiconductors wide-bandgap semiconductors due to their physical structure. Gallium nitride and silicon carbide are the most common examples. They are different from silicon and gallium arsenide in terms of semiconductor performance characteristics. It has the advantages of high forbidden bandwidth, high thermal conductivity, high breakdown field strength, high electron saturation drift rate, etc., so that it is more suitable for high temperature, high power, miniaturized power semiconductor devices under severe conditions such as high voltage, high frequency, and radiation resistance. It can effectively break through the physical limits of traditional silicon-based power semiconductor devices and their materials.

What are the typical applications of SiC devices?

The energy storage for server and base station communication is the communication power supply. It provides electric energy for various transmission equipment to ensure the normal operation of the communication system. Silicon carbide MOSFETs' high-frequency characteristics allow the magnetic unit in the power circuit to be smaller and lighter. The reverse recovery characteristic of silicon carbide Schottky diode is almost zero, which makes it applicable in many PFC circuits Broad. For example, the use of 650V/10A silicon carbide Schottky diodes in a 3kW high-efficiency communication power supply bridgeless interleaved PFC circuit can help customers achieve high-tech requirements with full-load efficiency greater than or equal to 95%. 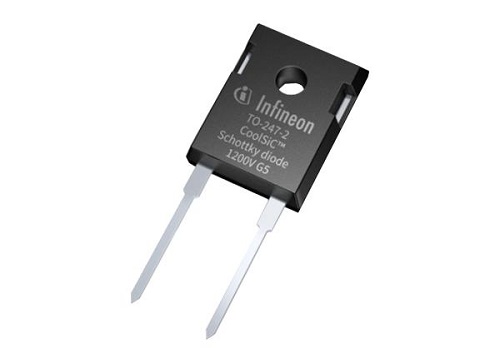 As a large-scale system project, UHV will urge a series of requirements from raw materials and components. Power devices are the key components of FACTS flexible transmission technology and power electronic transformers (PET) in UHV DC transmission at the transmission end. The reliability of the DC circuit breaker, as one of the major components of flexible DC transmission, has a significant impact on the system's overall stability. When designing DC circuit breakers with standard silicon-based devices, multi-level sub-units must be coupled in series. The use of high-voltage silicon carbide devices in DC circuit breakers can greatly reduce the number of series-connected sub-units, which is the focus of industry research.

In the future, rail transit places higher requirements on power electronic devices, such as traction converters and power electronic voltage transformers. The usage of silicon carbide power devices can improve the power density and efficiency of these devices significantly. It will help significantly reduce the load-carrying system of rail transit. Silicon carbide devices can achieve further high efficiency and miniaturization of equipment and have huge technical advantages in rail transit. The Shinkansen N700S in Japan has pioneered the use of silicon carbide power devices in traction converters, considerably reducing vehicle weight, increasing carrying efficiency, and lowering operating costs.

The key to the development of silicon carbide-substrate

Electric vehicles and 5G infrastructure drive the demand for power components. The third generation of semiconductors has an important position. Major countries such as China and the United States have promoted policies for the development of SiC. Tech companies are also rushing to invest in it. Industry analysts said that the silicon carbide substrate is the key to the development of silicon carbide.

In recent years, the third-generation semiconductor has become a hot focus for governments and industries around the world. There are two main catalysts.

The second is the rise of global environmental awareness. In order to achieve carbon neutrality and net-zero carbon emissions, governments of various countries have set a timetable for the elimination of fuel vehicles, prompting car manufacturers to accelerate their conversion to electric vehicles.

In high-power applications, the third-generation semiconductors have the characteristics of a wide energy gap, high-temperature resistance, and high power density. In high-frequency applications, they have low energy consumption and good heat dissipation characteristics. Demands for electric vehicles, 5G infrastructure, and fast charging are the main growth drivers of silicon carbide.

SiC transistors and silicon carbide-based GaN transistors are two products with higher growth rates. Their annual compound growth rates of 27% and 26%, respectively. Both products require the use of SiC substrates.

In addition, the cost structure of SiC power components is also based on the substrate containing crystal growth, cutting, and grinding, which accounts for the largest proportion, up to 50%. Epitaxy took up 25% of the remaining time, manufacturing took up 20%, and post-sealing and testing took up 5%.

Manufacturing SiC substrates are complex, which accounts for the high cost. SiC crystal formation is 100 to 200 times slower than Si crystal growth. Si crystal rods with a height of 200 cm take roughly 3 days to grow. SiC is also hard and brittle, making cutting, grinding, and polishing difficult and resulting in a lot of waste.

SiC substrate not only accounts for a high proportion of the cost of power components but is also closely related to product quality. The development of SiC will rely heavily on SiC substrates. Manufacturers including STMicroelectronics (ST) are actively developing upstream SiC substrates to strengthen competitiveness.

Will MicroLED replace LCD and OLED?
What is a USB Data Cable?